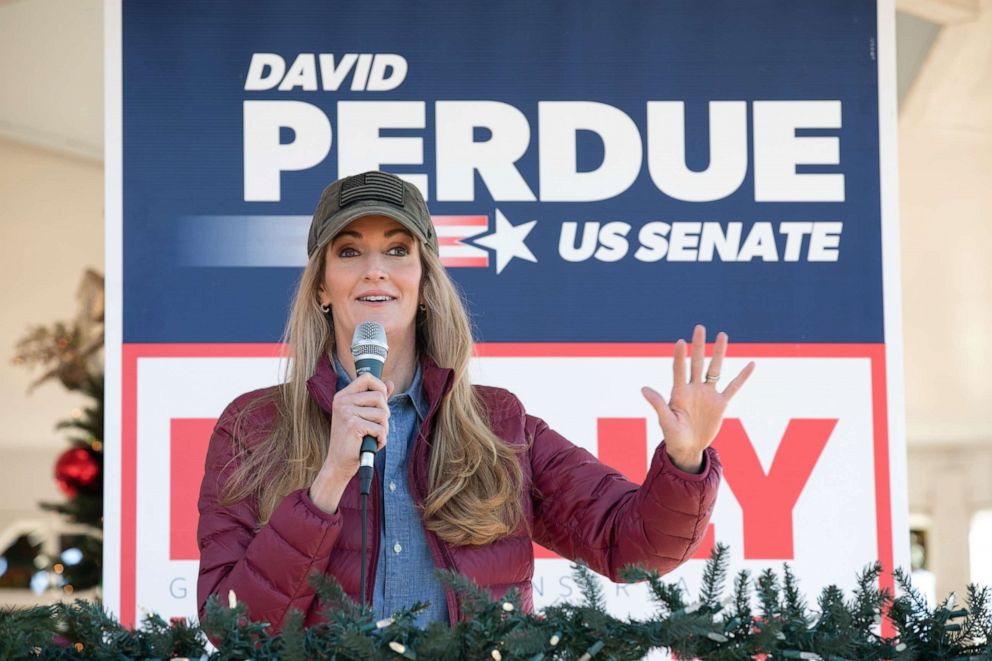 The rally comes on Jan. 4, the night before the two sitting senators face separate Democratic opponents -- Rev. Raphael Warnock and Jon Ossoff, respectively -- in two runoffs that could determine control of the Senate. The makeup of the Senate is currently projected to be 50 Republicans and 48 Democrats and left-leaning independents. If Warnock and Ossoff win, pushing the balance to 50-50, the Democrats would control both the House and Senate, due to Kamala Harris casting the deciding vote in the upper chamber.

Dalton is in Georgia's 14th Congressional District, which makes up the northwest corner of the state and is perhaps the state's most conservative district. Its congresswoman-elect, Marjorie Taylor Greene, has supported QAnon conspiracies in the past and has fully embraced, defended and perpetuated Trump's false narrative about the election.

The 14th Congressional District is also doing the worst of the 14 districts in terms of turnout for the runoff, according to Georgia Votes, which is analyzing the secretary of state's data.

Trump made his one and only appearance in Georgia during the runoff campaign on Dec. 5, when he spent nearly two hours ticking off baseless conspiracies about the presidential election and went on a tangent about how he didn't want to come to appear at the rally.