Trump to campaign in Georgia on eve of Senate runoff elections 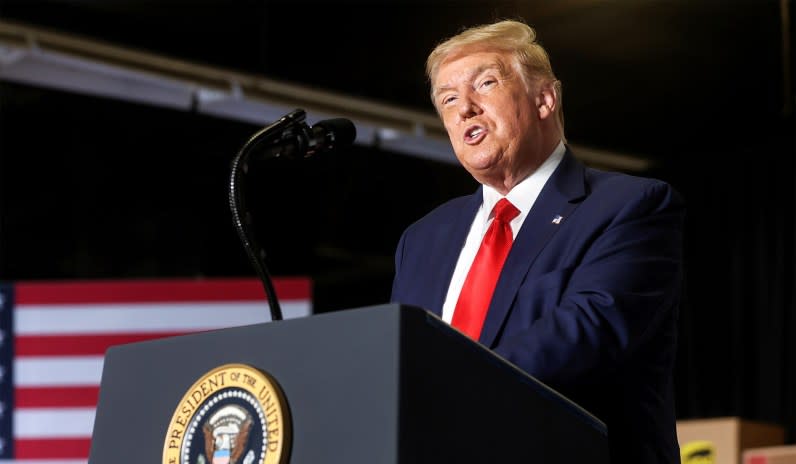 Trump is slated to return to Georgia in one week for a campaign rally on the eve of the Jan. 5 runoff races that are set to determine which party holds power in the U.S. Senate.

Earlier this month Trump stumped for Loeffler and Perdue at his first rally since the November election. There, he assaulted the integrity of Georgia's vote but encouraged GOP turnout in the wake of Biden becoming the first Democratic presidential candidate to win the state since 1992. Democrats are now hoping to cement its status as a swing state.

Biden, too, has stopped in Georgia since the presidential election to campaign for Warnock and Ossoff as the promise of passing the big ticket legislation he’s hoping for hangs on their races. If Democrats pick up both seats, Vice President-elect Kamala Harris will have the power to settle tie-breaker votes in Congress' upper chamber.